Since the military coup on Feb 1, 2021, almost all Myanmar people are struggling for their living. Military Juntas killed thousands of innocent civilians and arrested a lot of people without any proper reason. Because of the coup, many foreign investments left the country. Many local businesses are struggling. This also affects the football players.

Myanmar National League, the highest professional league in Myanmar, announced that the league will pause until 2022 because of the COVID-19 third wave (according to the official announcement).

Most football clubs participating in Myanmar National League cannot pay the salaries to the players. Therefore, many players have to do anything to get money for their living. Some players are selling their football jerseys which they wore. Some players are playing in underground football competitions in small towns. Nan Wai Min is currently playing in Hantharwaddy Football Club which is one of the top clubs in Myanmar National League. He was also the U20 Myanmar National Team player and played in U20 World Cup 2015. He is now selling thrifted clothes in streets for his living.

Recently, Myanmar football team left from group stage of AFF Suzuki Cup 2020 standing 4th place in 5-team group. Myanmar got only 1 win to Timor and lost to Thailand, Singapore and Philippines. Some famous players like Zaw Min Tun, Aung Thu and Kyaw Ko Ko refused to play for national team and they said they will not play for national team as long as the country is controlled under military juntas. 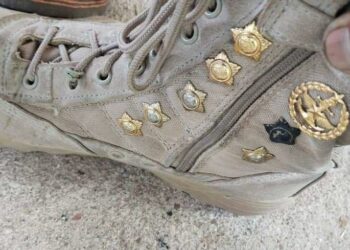